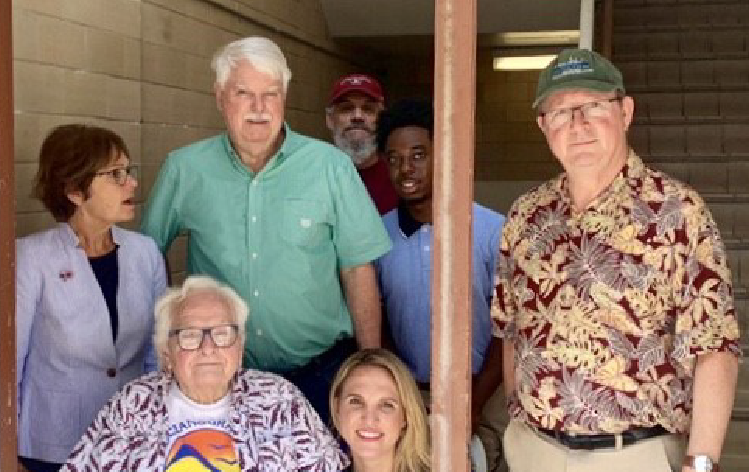 For one donor, what started as a job opportunity would soon commence a lifelong journey with Florida State. “My family’s connection to FSU began, simply, in 1970, when Jack was recruited to serve as professor and chair of the Department of Oceanography,” stated Kathleen Sullivan, daughter of the late John W. “Jack” Winchester. “This was the beginning of my parents’ happiest and most productive years together.”

Already an established researcher and professor, Jack Winchester and his wife Ellen came to Tallahassee after years previously spent at both the University of Michigan and MIT. Once in Florida, however, the pair blossomed over years of impressive work. Jack is credited as an instrumental component of propelling the FSU oceanography program into one of international prominence. Undergraduate courses he developed in oceanography and climate change are still offered today with past students including former FSU President Eric Barron. Ellen also founded the Big Bend chapter of the Sierra Club, later served as the Sierra Club National Secretary, and was considered a “powerhouse” in the environmental action world.

For the couple, however, the relationships they built were equally as important to the work. “I spent time with them at their beach house near Carrabelle, Fla., and got to know many of Jack’s colleagues over the years,” Kathleen said. “He loved the university and the students and deeply respected his colleagues. I am grateful to Florida State for affording my parents such an enriching, welcoming and happy home for so long.”

After Jack’s retirement in 2003, he remained active as an emeritus professor, and the couple established the John W. and Ellen Winchester Fund for Excellence in Earth, Ocean and Atmospheric Geochemistry in 2011. The funds from this endowment have provided numerous FSU students with academic support in their fieldwork and travel, as well as funding a “solar sunflower” at the new Earth, Ocean and Atmospheric Science Building. Jack’s goal in donating the SmartFlower was to help students consider solar energy and to highlight energy alternatives. When Ellen passed in 2009, and later, Jack in 2020, Kathleen knew exactly how to honor their legacy.

With the help of the FSU Foundation and Florida State University Real Estate Foundation, Kathleen gifted the couple’s Tallahassee home, its contents and Carrabelle beach property to the university. Additionally, the couple’s baby grand piano, which Jack often played as Ellen cooked dinner, was donated to FSU’s College of Music. Jack’s research samples and archives were also gifted to the EOAS program. Collectibles from the couple’s many trips abroad will be featured in a display honoring Jack and Ellen’s legacy at the downtown office building recently acquired by FSU, and proceeds from the sale of the properties will be used to further fund the endowment established by Jack and Ellen. “Jack’s gift of the properties to FSU was a clear and long-held wish of his,” she explained. “I was very pleased to honor that.”

Outside of his scientific work and charitable spirit, Jack also considered students’ holistic life on campus. “Jack had two especially important goals—attention to student welfare and to making connections with the world outside his own department,” Kathleen shared. “He had an early and broad view of what ‘environment’ meant and worked hard to arrange both social and financial resources for his students.”

With these generous gifts, it’s clear the Winchester legacy of support for young scientists and alternative energy will long remain at Florida State.

To learn more about supporting the FSU Department of Earth, Ocean and Atmospheric Science, visit eoas.fsu.edu.